I had been playing with displaying SharePoint images within a canvas app and everything was looking great when I was doing my testing on the web interface. This canvas app was for mobile use though and when I started testing it on mobile - I noticed that the SharePoint images weren't displaying. A quick search on the internet and you find that others have been tripped up by this too!

After some head scratching, I came up with an idea I wanted to try out to see if it was viable. I was going to convert the SharePoint images to its URI (Uniform Resource Identifier) form and bind the image control to that. The URI is basically a really long text representation of the image/picture.
I did the following:

That's it...and it worked! I was able to view the images on my mobile and tablet devices.

Below is the marked key section of my Flow that does the conversion to the URI format: 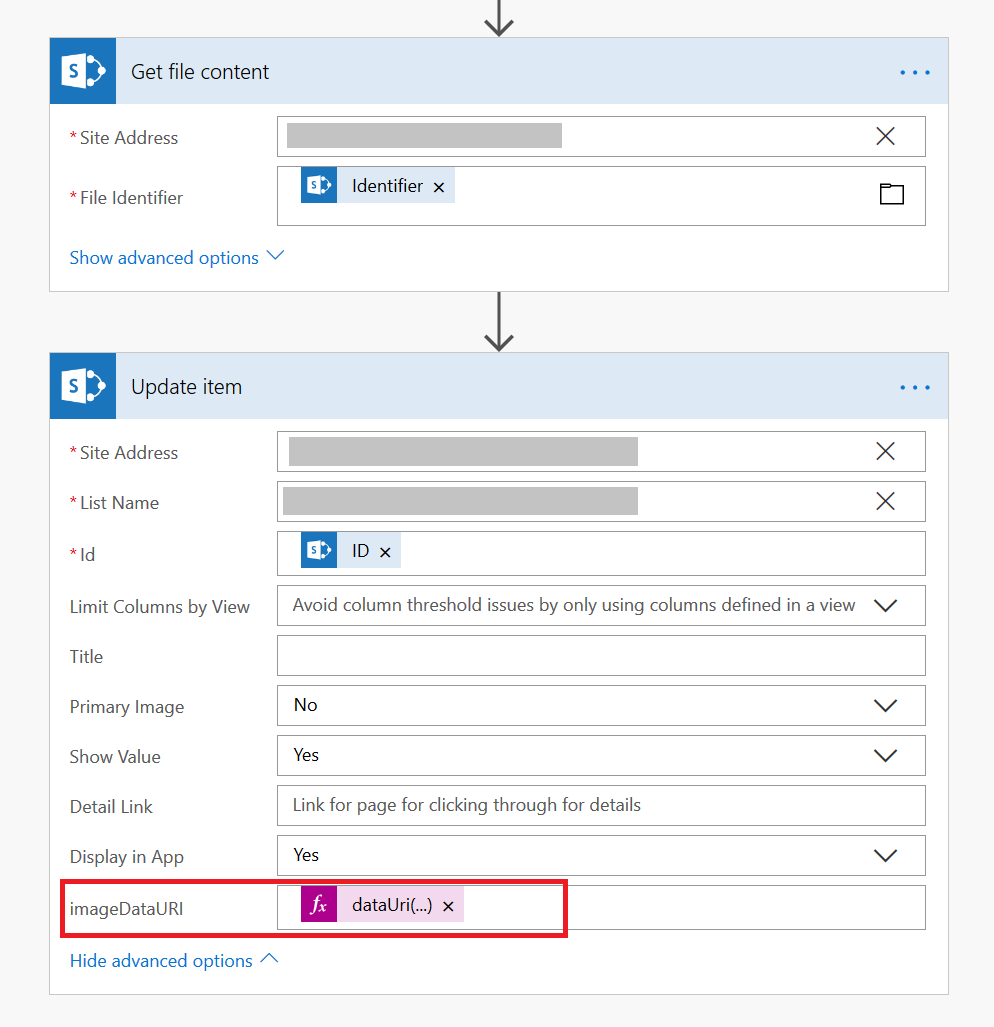 The formula itself looks as follows:
dataUri(binary(body('Get_file_content')))

The body('Get_file_content') is a reference to the previous step in which you need to fetch the actual content of the file (image in my case) from SharePoint.

When working with a canvas PowerApp that integrates into Dynamics 365, you occasionally need the current users' Dynamics user…

In the 2nd episode of the video series I started a while back, Money in the Bank, I take…